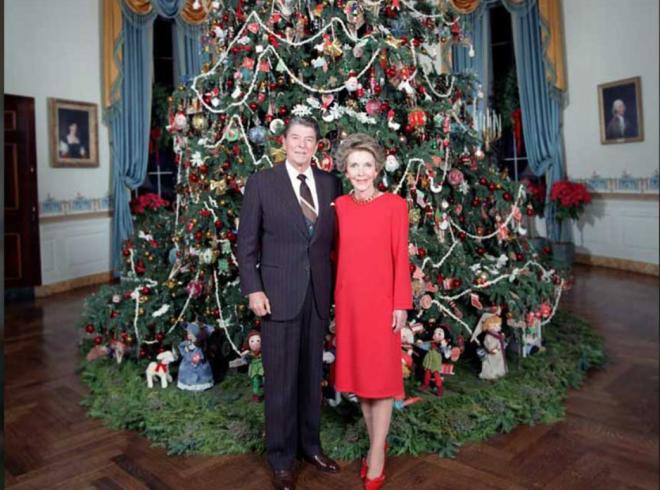 By Maria Jeffrey at Conservative Review

On Dec. 20, 1986, President Ronald Reagan gave a national radio address, centering on the importance of family values. He thought the family unit had begun to lose its place in American society.

In his speech, Reagan made reference to Will and Ariel Durant, a married pair of Pulitzer Prize-winning philosophers who wrote a multi-volume work of history called “The Story of Civilization.”

“Will and Ariel Durant called the family ‘the nucleus of civilization.’ They understood that all those aspects of civilized life that we most deeply cherish — freedom, the rule of law, economic prosperity, and opportunity — that all these depend upon the strength and integrity of the family,” Reagan said.

“Yet, for all that,” he continued, “in recent decades the family has come under virtual attack. It has lost authority to government rule writers. It has seen its central role in the education of young people narrowed and distorted. And it’s been forced to turn over to big government far too many of its own resources in the form of taxation.”

Reagan’s remedy? Along with his honest, yet impactful, words speaking to the importance of the American family’s indispensable role, the president called on Americans to look toward the holy family in Bethlehem as a model: “[L]et us remember that in the midst of all the happy bustle of a season there is a certain quietness, a certain calm: the calm of one still night long ago and of a family — father, mother, and newborn child.”

Ronald Reagan’s message on family values is as relevant today as it ever was. Indeed, it is even more important today.

According to the U.S. Census Bureau, there were 9.9 million single mothers raising children younger than 18 last year. In 1985, that number was 7.7 million. Further, among women who gave birth in 2015, over 415,000 were simply cohabitating with a partner (i.e. not married).

A lot of ink has been dedicated over the years about the unmistakable correlation between lower crime rates and offspring from a traditional household. And it only makes sense; kids growing up with single moms miss out on the immeasurable benefits such as confidence and discipline fathers provide.

Children from broken homes are also significantly more likely to live in poverty, and are more likely to suffer from mental health problems (especially in single-mother homes) as a result of the stress and anxiety they may face growing up in an unstable and/or unpredictable environment.

The real solution to this problem is something Pres. Reagan looked to in 1986: the perfect example of filial love, humility, and sacrifice, exemplified by the holy family — and which we celebrate on Christmas.

Of course, the holy family represents an ideal. But, religious or not, it’s an ideal we would all be better off striving toward.

The Twelve Days of Christmas:

Thomas Sowell is retiring his weekly column. Steven Hayward gives Prof. Sowell a tip of the hat with: