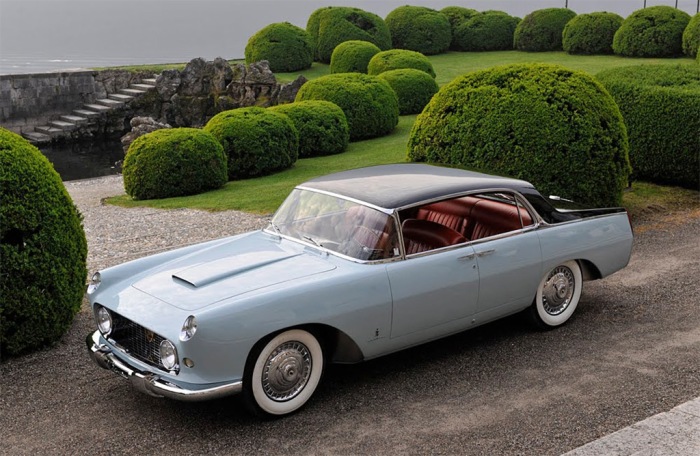 1955 Lancia Florida – styled by Pinin Farina, this car became one of the most influential designs of all time.

Few car stylists can claim to have created two of the most influential car designs of all time, but the late Batista “Pinin” Farina is one of those few. 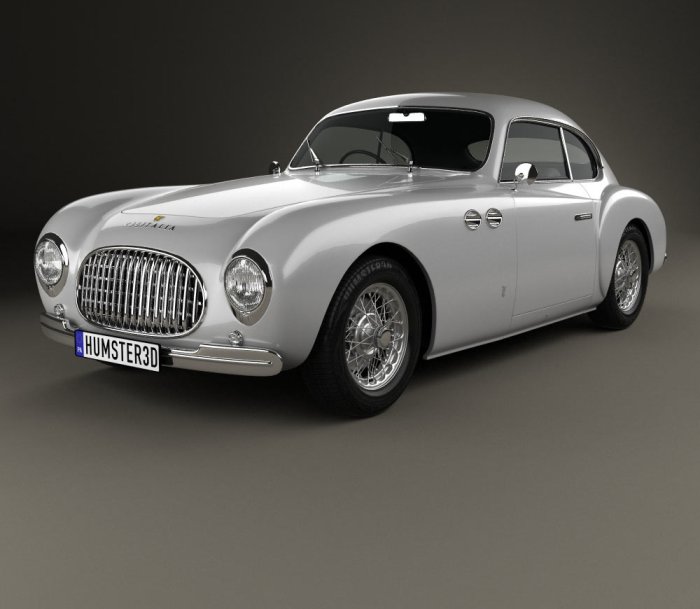 His 1946 Cisitalia launched the pontoon style that came to dominate car styling for the remainder of the 1940s and into the mid-1950s. In the pontoon style, the fenders and the body proper were integrated into a smooth sweep. The separate body and fender style that had flowed from the evolution of automobiles from motorized versions of horse-drawn carriages was now a thing of the past. A fine example of this then-new pontoon design language is found in Robert Bourke and Holden Kato’s 1949 Ford. 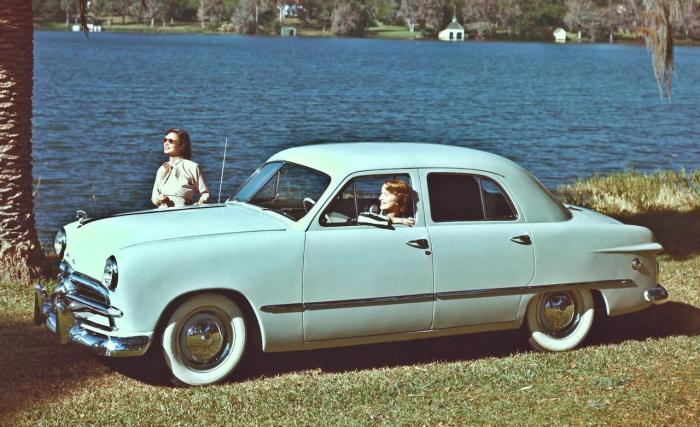 In 1955, Farina introduced his second truly revolutionary design, the Lancia Florida. Built in small numbers, the Florida was offered as a pillar less four door hardtop – with no “B” pillar at all between the doors – and as a two door hardtop.

The 1955 Lancia Florida hardtop coupe. Note the difference in the sweep of the “A” pillar on the coupe vs on the four door hardtop version shown in the first photo.

The 1955 version at the front featured four headlamps, the upper ones being secondary to the larger main headlamps set low in the grille. Farina had been involved in the designs of the 1952 – 1955 full size Nash cars and the low set headlights figure in the front of the 1955 Nash. 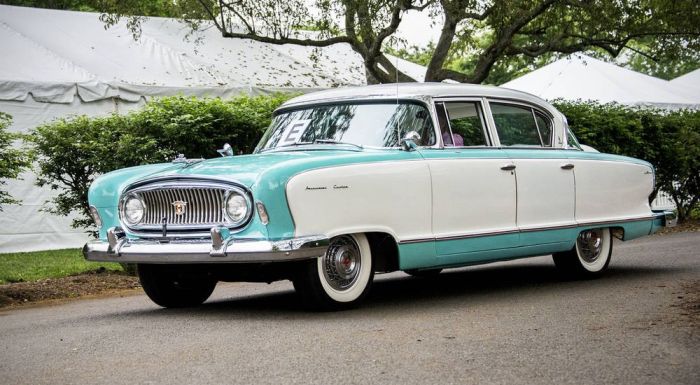 Farina’s fascination with the headlight being set low and in the grille is seen again in the ’55 Nash, a design in which he was influential.

The pillar less four door hardtop theme was picked up by Cadillac for their very limited production 1957 and 1958 Eldorado Broughams. 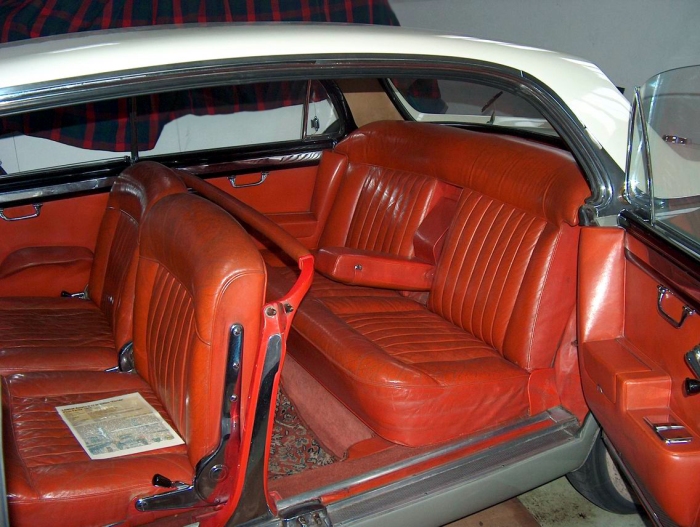 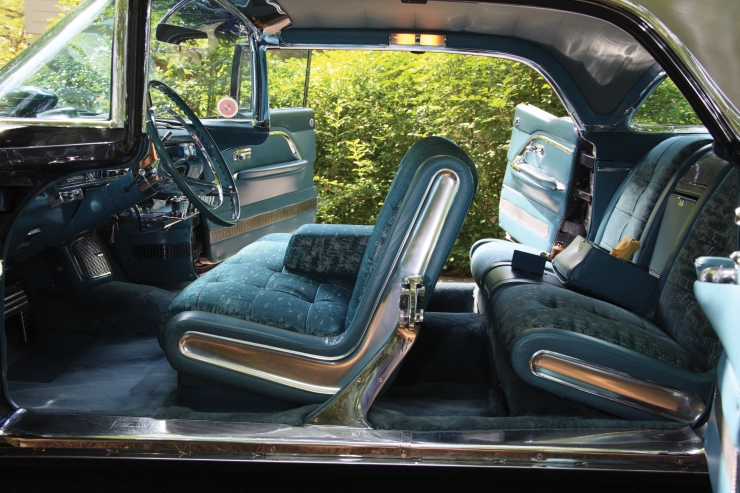 The Florida’s “C”-pillar used the “flying buttress” theme on the roofline, a theme Farina first used on the 1954 Ferrari 375 “Bergman” and which he used again on the 1958 FIAT 1800 and the Peugeot 404. This idea was picked up by Ford with the 1958 Thunderbird, by Brooks Stevens with his Willys for South America and his 1962 Studebaker GT Hawk, and by General Motors with the 1963 Pontiac Grand Prix and the 1966 – 1967 mid-size Chevelle and Pontiac two door hardtops. 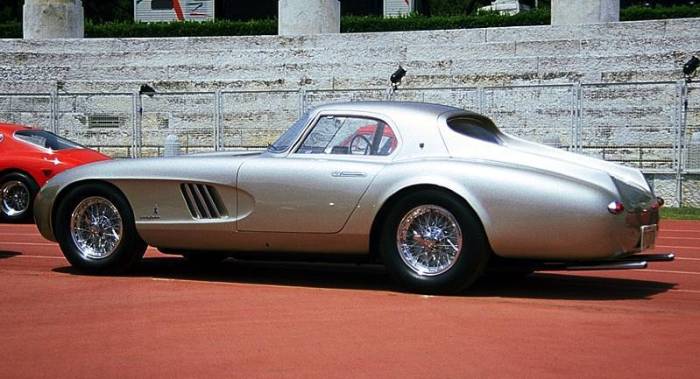 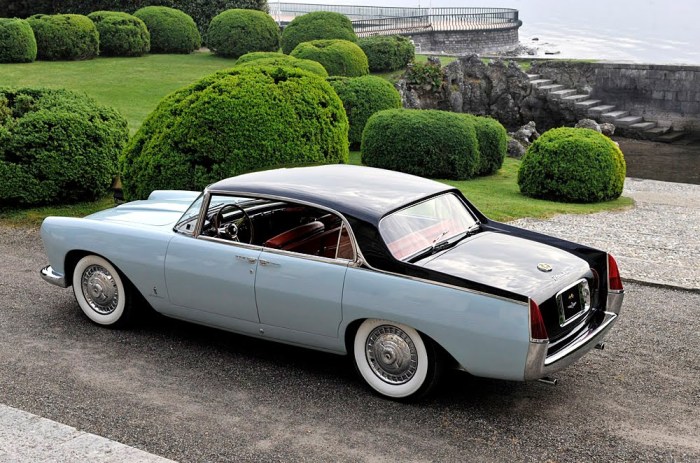 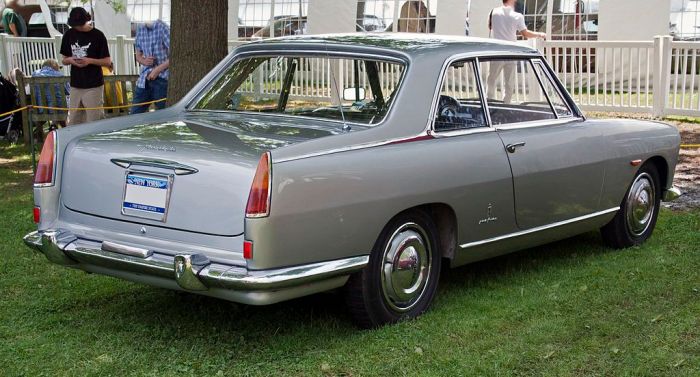 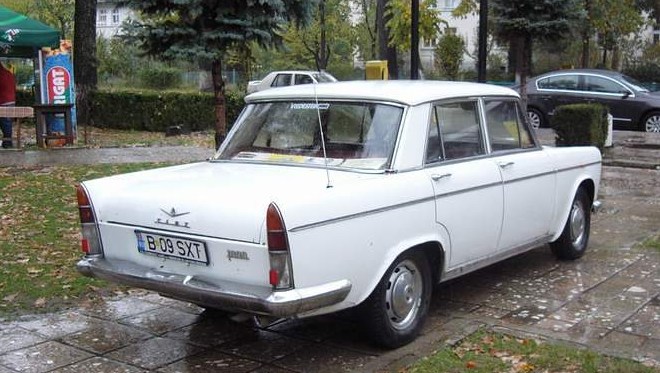 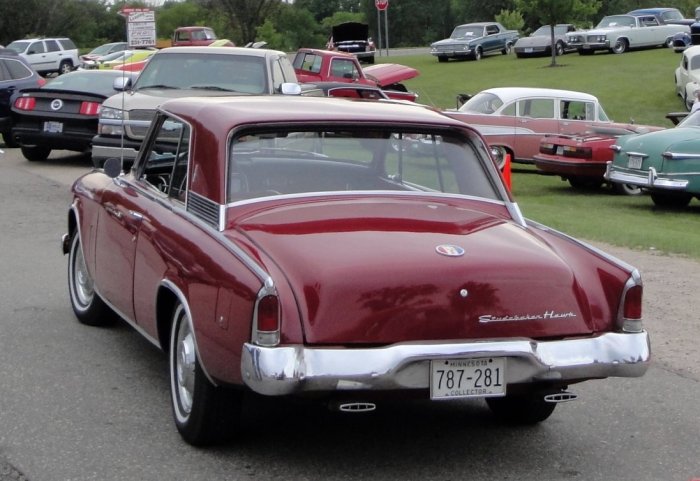 The Florida was hugely influential on the overall design of one of the very best GM designs of the 1960s, the ’63 Grand Prix. Aside from the “flying buttress” C-pillar, the subtle horizontal crease running the length of the mid body section on the Florida found its way to the Grand Prix. Note in the photos below how that crease plays with the light, a masterstroke design detail.

Another very fine design from the ’60s that seems to have been influenced by the Florida is the 1961 Lincoln Continental. The overall shape of the “C”-pillar and the treatment of the taillights seems to have a Florida influence, though the roof lacks the “flying buttress”. The suicide door feature re-appears on this car, though the “B”-pillar is included. 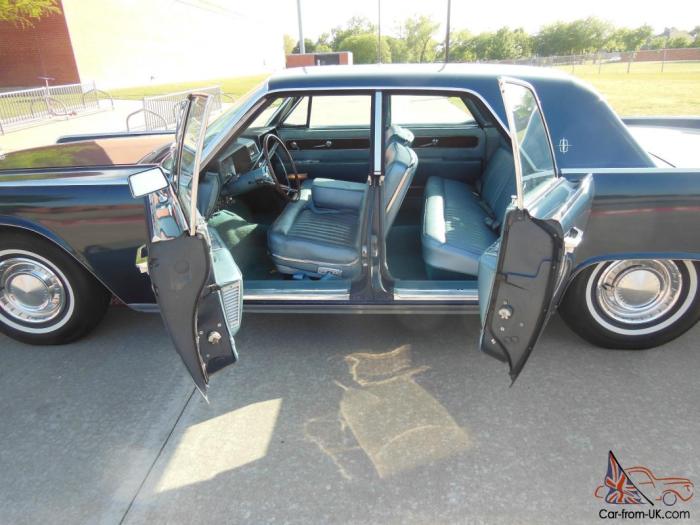 In execution, the large low set lights in the grille of the 1955 Florida work well, but the smaller lights at the top of the fenders look awkward. In the front view, this design element does not come off well. Farina corrected this with the front of the 1957 Florida II and the front of the 1958 Ferrari 250. 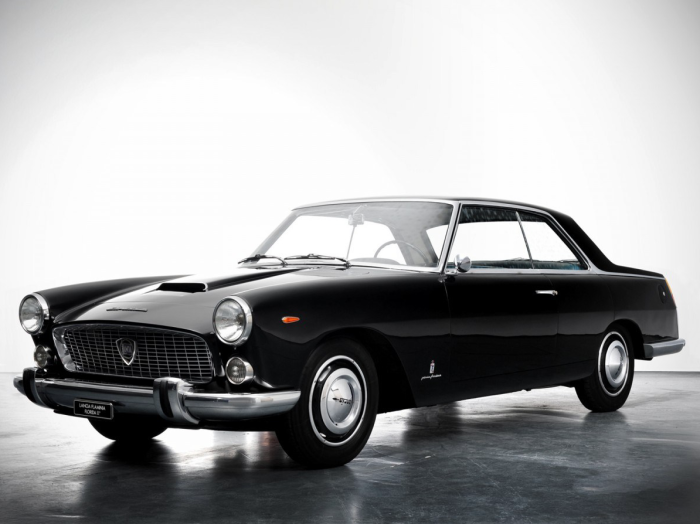 The soundness of Pinin Farina’s Florida designs was demonstrated twenty years later when the themes of the Florida II were put to work in the Rolls-Royce Camargue.

There is no doubt that Pinin Farina’s 1946 Cisitalia and his mid-’50s Floridas reached around the globe with their design influence.